Unfortunately, when switching from MVC to API, Asp.Net Core no longer has a response.statusText when a controller responds to an error.

Apparently, this has been deactivated.

In Asp Core API . Net5 cannot be turned off suppression in the Startup.cs services.

Unfortunately also without StatusText in the React Client

I tried the following code versions

According to a guide from MVC, suppression can be disabled in the Startup.cs, but this has not been successful either 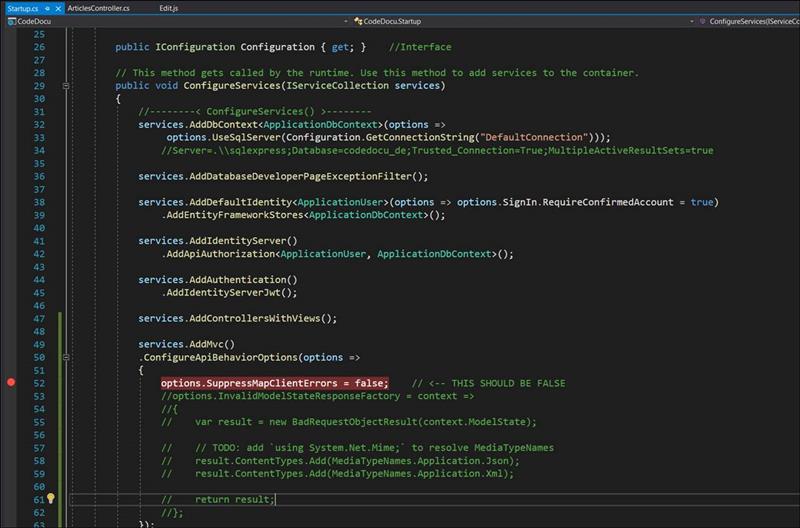 And can then respond according to the Response.Status code in the client