Shown is a Word Add-in, which should display data from Excel and allow a selection.

In a Word addin as Ribbonbar, additional elements are usually added as a Windows Forms element.

A DataGrid is also initially a DataGridView. Filling a data grid is similar in Winforms and WPF.

Here in Word Addin. Clicking on a Ribbonbar button opens a Form-Dialog window with a data table. 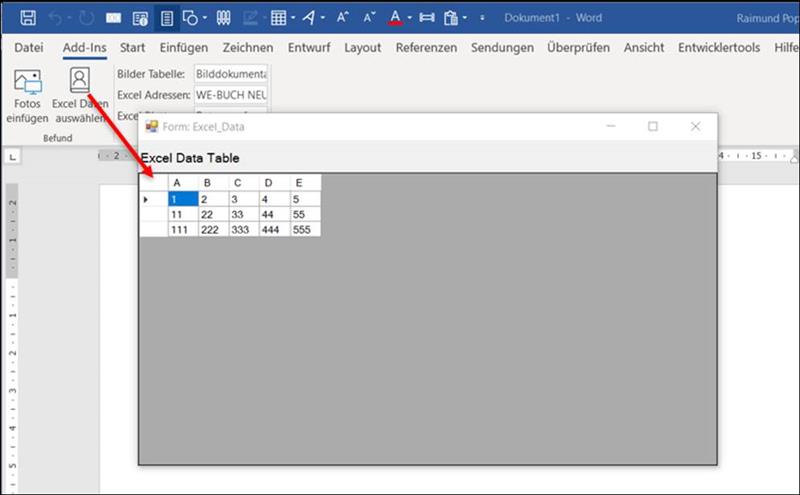 Design view of the form

The form in VSTO Addin is loaded as a Windows Forms form.

The data grid is first dragged into the form via the Design Editor. 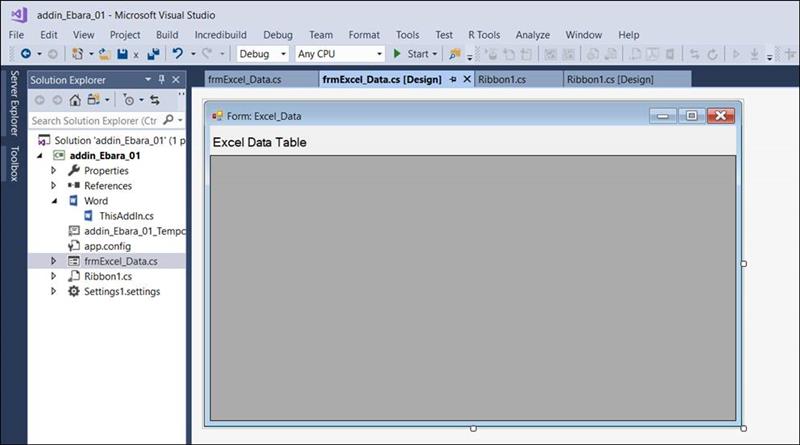 The first step is to add the columns at runtime

When working with dynamic data, you can pass the parameters as variables 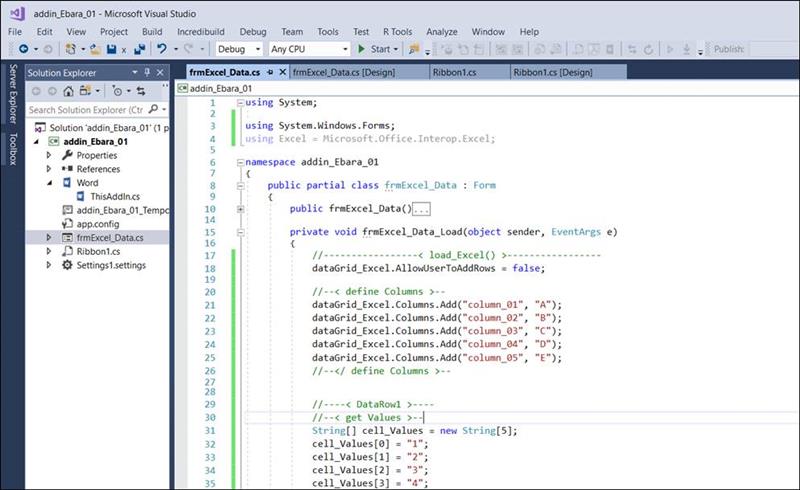